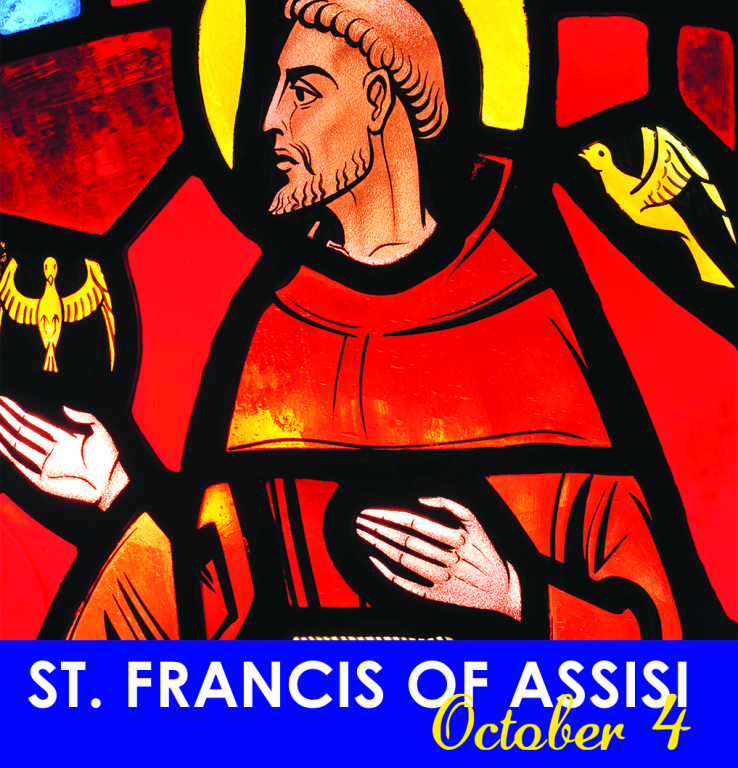 HISTORY OF ST. FRANCIS OF ASSISI

At the beginning Sturgis was a mission parish. Fr. James Gleason, CSC, who was the priest in Deadwood, started the church in 1881. The church was first named St. James. It changed to St. Aloysius and remained so until 1949. Fr. Peter Rosen, of German decent, arrived in September of 1882. Since Sturgis was predominantly German, he soon took over and Fr. Shea moved to Lead. Fr. Rosen left Sturgis in 1890. For several years Sturgis again became a mission parish and was served by priests from other parishes. Fr. Michael Quinlan was appointed pastor in 1896. He remained in Sturgis for six years and died in 1902. Ulrich Bregenzer was ordained for the Benedictine Order in 1893 taking the name Columban. Fr. Columban came to Sturgis in 1903 and his “temporary assignment” lasted 43 years. Fr. Joseph O’Rourke was appointed pastor of St. Aloysius in 1947. Fr. Leo O’Doherty became an assistant pastor to Fr. O’Rourke. Shortly after Fr. O’Doherty’s arrival in Sturgis, Fr. O’Rourke had a heart attack and Fr. O’Doherty took over the parish. He soon moved on to take over Bear Butte parish. Fr. Leo Feuerbach came to Sturgis in 1949 with strict orders from Bishop McCarty to build a new church. The official dedication was April 20, 1950. It was named Saint Francis of Assisi. Msgr. Feuerbach retired in 1971. Fr. Frank Vallo became pastor in 1971 and resigned his pastoral duties in 1980 because of poor health. Fr. Richard Plante served the parish from 1980 to 1985. He was transferred to St. Therese parish in Rapid City. Roger Heidt was ordained a deacon in the parish in September 1984. Deacon Heidt now serves in Sioux Falls at St. Lambert’s Parish. Fr. Raymond Deisch was pastor from 1985 to 1989. He was instrumental in building the present St. Francis of Assisi church and Parish Hall. It was dedicated in 1987. Fr. Deisch died in 2014. Fr. Michael Mulloy was pastor from 1989 to 1996. In 1993, Ed Gravel was ordained a deacon and served the parish until his death in 1997. Fr. Gary Oreshoski was pastor from 1996 to 2002. Fr. Arnold Kari was pastor from 2002-2014. Fr. Timothy Castor arrived in 2014 and is our current pastor.